CHOP LESSONS: Things I learned these past coupla weeks (Part 3 in a series)

1. It’s much easier to get divorced in Islam and frankly I suspect this is for the best.

I’ve just finished reading Jeffrey Eugenides The Marriage Plot and you know, I quite liked it. Unfortunately, many of my favourite authors write one or two AMAZING books (Siri Hustvedt, I’m staring directly at you) and a bunch of so-so novels too. Having absolutely adored Eugenides’ first two novels, the sublime Virgin Suicides and the gorgeously, intricately plotter Middlesex, I had high hopes for The Marriage Plot but it fell a little flat. Still an enjoyable read.

Anyway, I did learn a bunch of things in this book which is the pleasing side effect of being a fiction reader (as opposed to the singular purpose of non-fiction I suppose.)

This really got me thinking.

Now, there are some couples that consist of a pair of such perfect individuals that you know that it’s just fitting that they are together. A couple of couples of in my immediate circle are like this, as are Jay-Z and Beyonce. You would never ever want them to break up and you hope they never do because it redeems your faith in love. 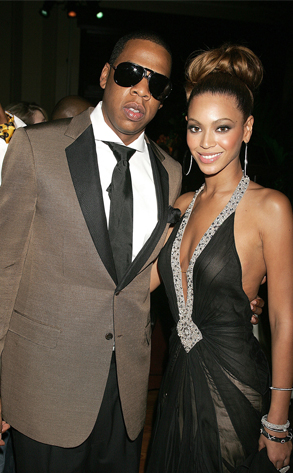 There are, of course, instances of perfectly vile individuals paired up that you wouldn’t dream of separating, lest they push their misery onto others.

The person I would like to divorce is Eddie Vedder.

The other day, I went for a walk and popped my iTunes on shuffle, which I consider to be the 21st-century equivalent of a Magic 8 ball. Imagine my distaste when I discovered a Nick Cave collab in which Eddie had invited himself to sing The Ship Song, a song written BY NICK CAVE, FOR NICK CAVE. Who invited you, Eddie Vedder?!? What are you doing here? Piss off before I turn the hose on you!

A few hours later, still shuffling through the tunes, Eddie’s voice popped up AGAIN on a Neil Finn & Friends recording of Stuff and Nonsense.

I seriously do not understand why Eddie Vedder has to invite himself to every recording session ever held. It is like he is addicted to microphones (as, I suspect, are some drivers of Yarra Trams*). Vedder is even more Eddie Everywhere than Eddie McGuire!

2. Tucker’s Daughter is not a memory. She poses a clear and present danger.

My friend Bulk would not stop crapping on about the excellent song Tucker’s Daughter on Twitter a few weeks back. Generally, I stand in a position In Praise of Ian “Mossy” Moss. However, this motherfingering song has been in my head since last Monday — a truly impressive earworm if I ever heard one.

When Bulk started talking about Tucker’s Daughter it became apparent that I didn’t have any Mossy on my iPod so I invested $1.69 so I could have it RIGHT THEN AND THERE. Unfortunately I paid scant attention to what I was purchasing and ended up with a super lame acoustic recording from some super lame acoustic compilation called “Pissweak Versions of Excellent Songs, Volume 3” or similar. Guys, when you are making impulse iTunes purchases to sate your fervent desire for Cold Chisel alumni, I urge you to read carefully. It does what it says on the tin.

3. Dirty chai is dirty and disgusting (and PS my dad’s the best)

I was sitting enjoying a coffee at my second home the other day when one of the baristas offered me a taste of a dirty chai. Apparently one or two customers had asked for the curious beverage of a chai with a shot of espresso chucked into the mix. I don’t mind a spicy coffee and I quite like chai, so I thought “why not?” Let me assure you, readers, it was the most disgusting thing I have ever put in my mouth (and I say this as a survivor of childhood trauma AKA my dad’s fish finger stir-fry), consisting of the following ingredients:

Readers, learn from my mistakes pls: DON’T DO IT.

I’m lucky enough to share a house with my best mate who, like me, believes cleanliness is next to Godliness is next to Beyonce and all that is absolutely as it should be.  Housie introduced me to Shower Power and I am really totally into it. It’s a great product and people really do love it!

We’d had the same bottle in the shower for around three months, and every day I’d come face-to-face with this testimonial from Jan of Gilston, Qld. Isn’t she lovely?

Jan writes to tell us that “she absolutely loves Shower Power because not only did it ‘actually work’ but it was 100% safe to use in her enviro-cycle (septic tank). ‘I have tried them all and Shower Power is the best on the market,’ Jan said. ‘It’s the only product that effortlessly removes soap scum, and importantly, it’s biodegradable. Since using Shower Power exclusively in our house, our enviro-cycle readings are the best they have ever been.'”

Tonight, my housemate and I went on an excursion to Northcoteplatz to get some groceries. We were gonna go to Barkly Square but someone got shot.

Anyway, I picked up a new bottle of Shower Power which means we came face-to-face with a new brand ambassador, Toni (busy mum of 5), from Busby, NSW.

“I just bought Shower Power for the first time, and all I can say is sham-wow! It’s sometimes a long time between drinks for my poor neglected bathroom, yet this stuff did an amazing job, even on the feral brown bits where the porcelain’s rubbed off. Needless to say, I’m hella impressed and will be looking out for your other products.”

I already knew I liked Shower Power. I just didn’t know they would print the word “hella” as part of a testimonial, and FYI Shower Power, “sham-wow” is not a word. This makes me like Shower Power the tiniest bit less. I will still use it though because I think you are pretty excellent despite this error in judgement.

*Joke nicked from housemate. Thanks love.

One thought on “CHOP LESSONS: Things I learned these past coupla weeks (Part 3 in a series)”